Since Ukraine became independent, the roles of the state and budget in our lives have significantly decreased. Numerous success stories in the private sector emerged, many enterprises were privatized and even in the sphere of social services private initiative is getting a leading role. It might seem to be enough for now, since the state is nevertheless poor, week and incapable. However, it is only on the first sight.

The size of the state is still excessive. And this is not only because state expenditures make up 47.8% of GDP, which is one of the highest rates in the world. It is also characterized by employment if the government sector, state enterprises and all the diversity of the social security. In the situations where the state is excessive, there are no favorable conditions for emergence of Silicon Valleys, start-ups, growth of business activity and creation of new work places.

We appologize, this infographic is available only in Ukrainian 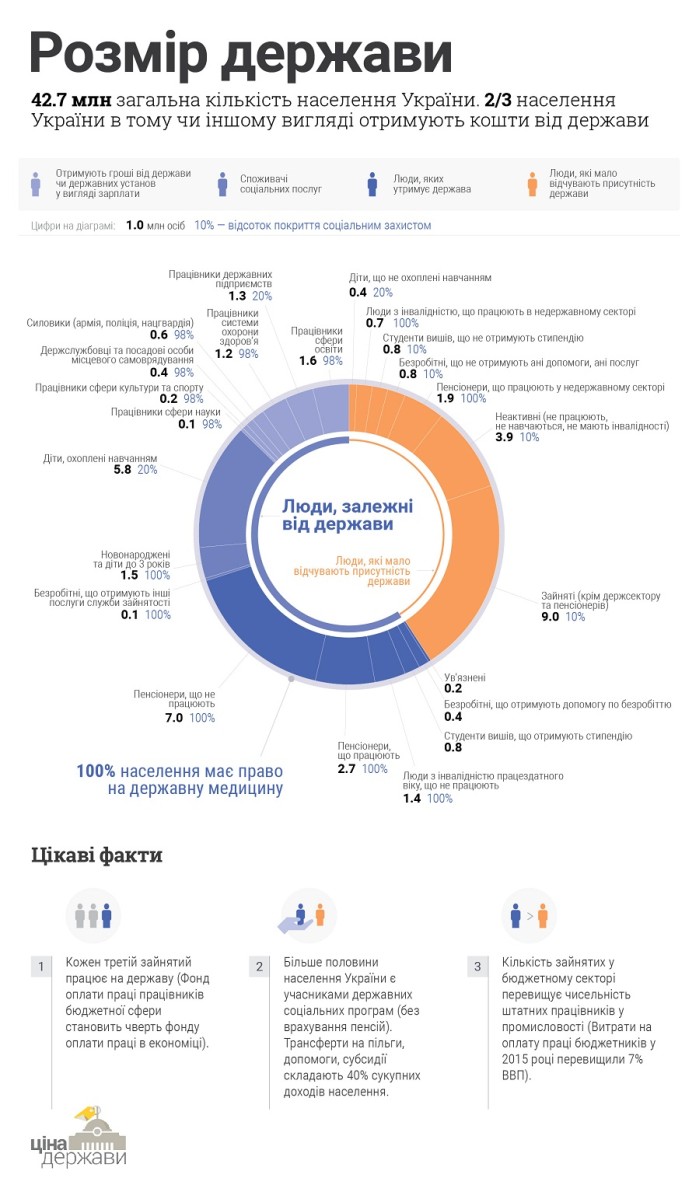 News
The best of 2016!
CASE Ukraine published its 2016 annual report in English. https://issuu.com/case.ua/docs/annual_report_2016
News
Stories from the province, or how Omelnyk village earnerd money
How a village can find money to build new roads and kindergartens? How can it increase its budget? How can[…]
News
Anatomy of the chronic hryvna devaluation
1. In the years since the country became independent, Ukraine has become part of the global economy: the penetration of[…]
News
How to limit “free” medical services efficiently
Read in our article how different countries solve the dilemma between the growing needs in medical services and limited state[…]
Більше схожих новин
Залиште ваші контактні дані і наш консультант зв'яжеться з вами